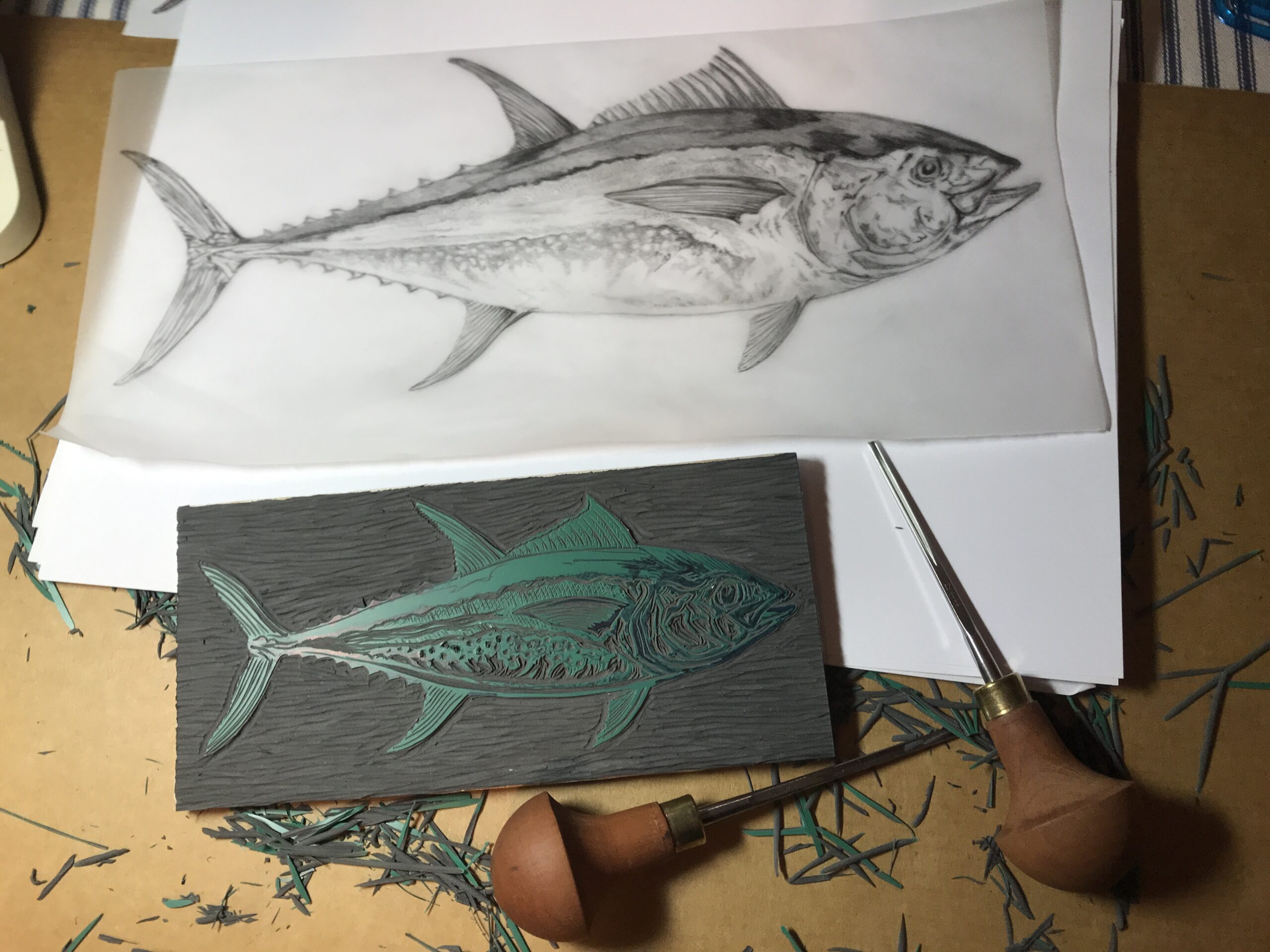 The making of the Tuna Linocut Christmas card

Inspiration out on the boat…

A beautiful, bright, sunny day at the end of September out in the boat. Flat calm sea, just around the coast towards Bigbury Bay. I was looking out for dolphins and porpoises which I’d been lucky enough to see a few weeks before. I heard a terrific splashing and saw a very large Bluefin tuna leap completely out of the water. Moments later I saw two very close together breaking the surface. The speed and power of these fish is incredible.

A little bit about Tuna…

Tuna has been exploited for decades, first fished in prehistoric times. There are numerous references to the ‘Tunny’ in the classics, leaving little doubt of the part it played in feeding the Greeks and the Romans. This magnificent creature is probably the most important food source found in the Mediterranean, consumed both salted and fresh, similar to that of the Herring for more northern countries.

The Bluefin tuna is a quick growing open ocean fish moving constantly to keep a continuous stream of water through its open mouth into its gills to maintain its oxygen supply. They can reach 2-4 metres long and weigh up to 500kg. The faster it swims the more oxygen is required, stale water in the gills is rapidly replaced. The Tuna’s respiration is highly efficient, their gills have a very large respiratory surface and the blood more haemoglobin than any other fish. They also are unique in maintaining their body temperature up to 25 degrees F above the sea temperature.

Tuna are widely distributed across the oceans of the world. With their quick aggressiveness, they rely on sight rather than hearing or smell to detect and attack their prey. Hunting at dawn, midday and dusk, they will eat smaller tuna, squid and shoaling fish including sand eels, herrings, anchovies and mackerel.