Here there be Dragononets! The colourful life of one of the UK’s most vibrant fish… 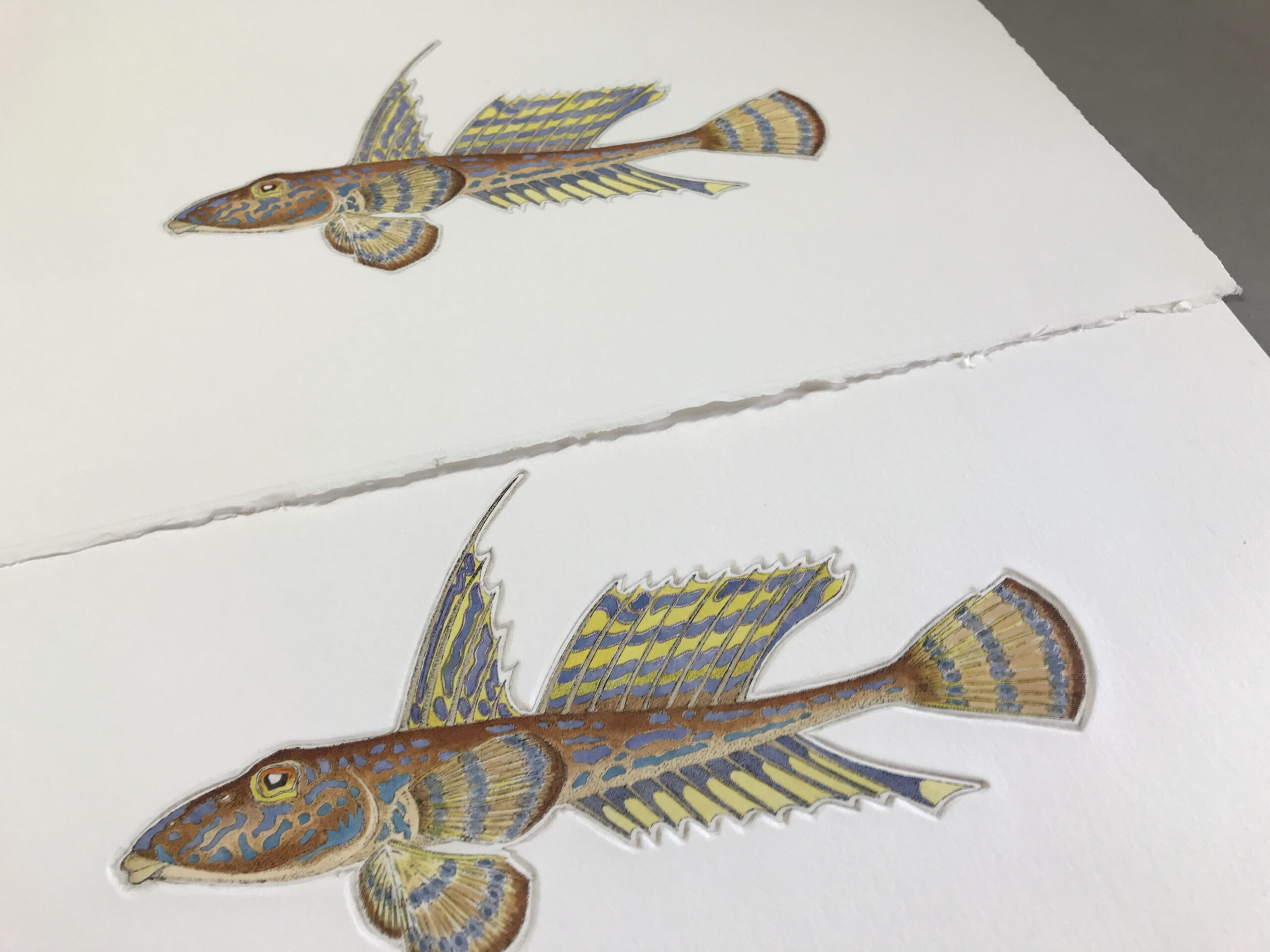 The Dragonet (Callionymus lyra) is an exotically coloured bottom-dwelling fish. The territorial males display yellows, reds and oranges with dramatic markings of blue. The female with its smaller first dorsal fin in comparison is a dull brown and rather drab.

These curious fish have small set but extensible mouths, large lips and claw-like hooks or spines on their cheeks, the top three pointing upwards and the lower points forward. They are commonly found in moderately shallow water all around the British Isles.

The scaleless Dragonet partially buries itself in sandy and muddy burrows, poised to attack its prey of small crustaceans, cockles and microfauna. Whilst resting on the seabed their fins are often folded back. Its main predators include Pouting and the Atlantic Cod.

Dragonets spawn as a pair following an elaborate courtship, rather peacock like with the male darting about the female, spreading his fins and displaying his brilliant colours.

The male embraces the female with his pectoral fins and entwined they slowly swim vertically upwards. The eggs shed by the female are fertilized by the male and rise to the surface.

Once hatched, the young fry lead a pelagic existence remaining near the surface, as they begin to grow they sink to the bottom.

It is thought that the males only breed once in their lifetime!

The Dragonet is another fish that will feature on the second Plymouth and its Fish poster which I am working on for Plymouth Trawler Agents. I thought it was such an unusual and beautiful fish, despite it being called a Common Dragonet, that I decided to make an etching of it.

Here is the copper plate roughly cut out. The hard wax ground has been applied and I’ve started to draw the Dragonet.

The nerve-wracking part, cleaning off the wax ground to uncover the etched lines

Some of my collection of files, a few hours of filing and burnishing the plate around the edges to define the shape and the fins

The Dragonet etching printed. Rolled through a converted mangle onto slightly damp paper. Ready to dry for several days between sheets of blotting paper.

The finished hand coloured Dragonet etching with the copper plate.