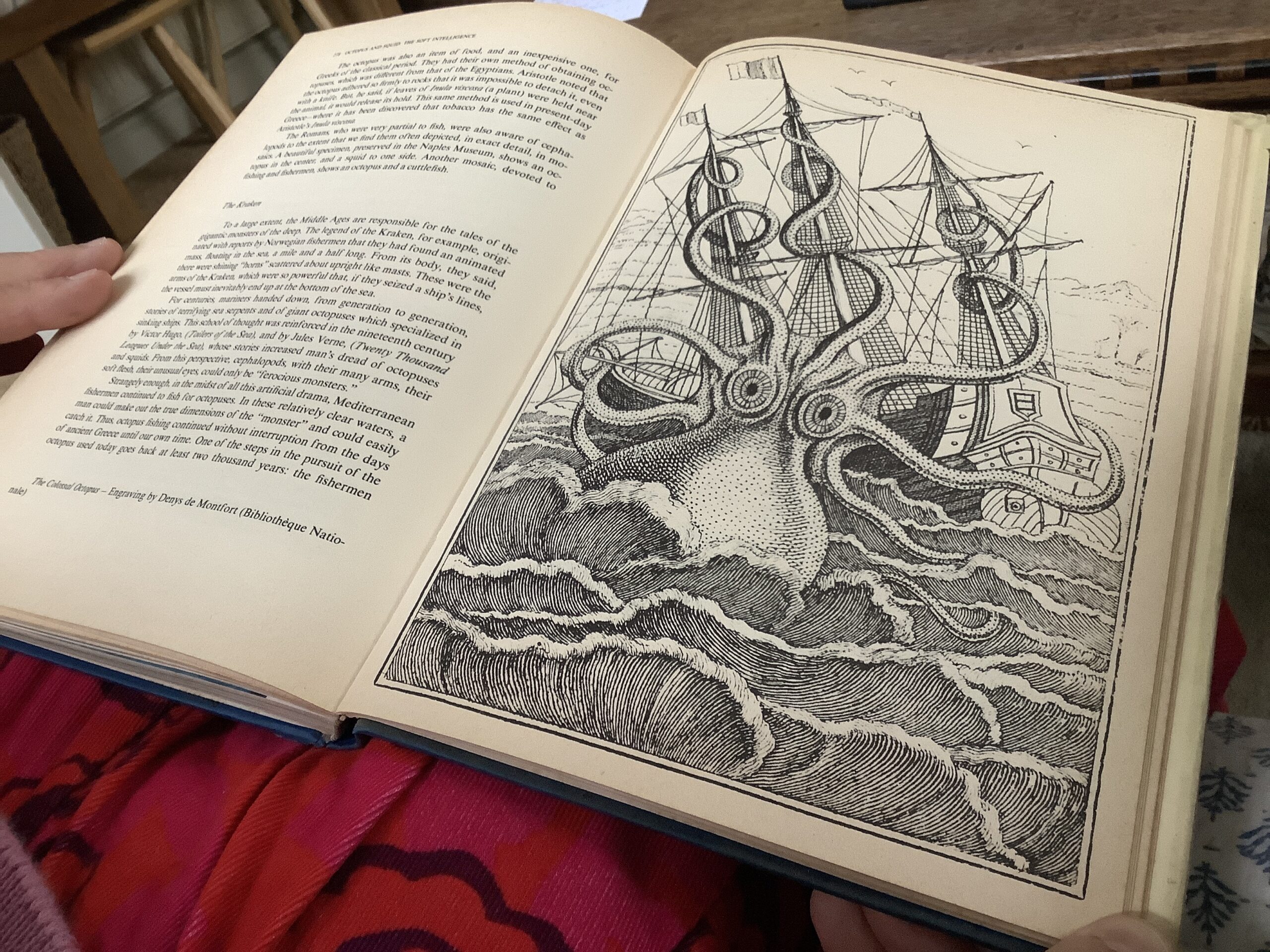 Hovering just above the sand with their tentacles feathering and their frilly mantle fluctuating, perfectly camouflaged, cuttlefish are curious creatures, they study you with great intrigue, trying to work out what this peculiar marine creature is that has invaded its underwater world. Friend or foe?

I often see Common Cuttlefish (Sepia officinalis) on dives in Plymouth Sound, and occasionally Octopus & Squid, it’s a delight to just sit on the seabed and observe them as the Cuttlefish colours change quicker than an underwater chameleon.

Cuttlefish (along with Octopus) are masters of disguise, and if feeling threatened, their body may change to a deep crimson red, it’s skin texture too might change and turn lumpy, bumpy or prickly. Suddenly they will shoot backwards using jet propulsion as though they are attached to a piece of elastic.

Highly effective predators, Cuttlefish attack prey with speed and agility. Once caught in the Cuttlefish’s tentacles, the fish are initially disabled by severing the vertebrae behind the head, then devoured using its razor-sharp beak.

Cuttlefish are among the most intelligent cephalopods, with one of the largest brains in relation to its body size. The glory goes to the brainy Octopus for their intelligence who show off by opening tins and pulling levers for food. This is purely down to the fact that the majority of cephalopod research is with the octopus.

Secretions from the outer mantle form the internal calcium shell of the cephalopod. These unique internal shells control buoyancy. The bones frequently found washed up on the beach are a sad reminder of their relatively short life of 1-2 years.

The Cuttlefish bones tend to be from the female, as once she has reproduced, she will die.

Before the cuttlebone floats to the surface, the rest of the body provides a vital part of the life cycle for other creatures. In particular, Black Bream, exhausted from their own reproductive activities, restore their energy by feasting on the dead cuttlefish.

The Greek name for Cuttlefish is Sepia, which gives its name to brown ink. As a valuable dye and pigment, Cuttlefish & Squid ink, have been used for centuries.. Purposes include writing ink and food flavouring, in particular pasta.

Squid ink tends to be more black and is fairly indelible as I discovered.

We accidentally hooked a squid while fishing in our boat, (aptly named ‘Architeuthis’) out by the Eddystone reef. The Squid very accurately managed to aim a jet of ink over the boat and me, before letting go of the hook!

I was very excited to discover this marine fauna mosaic in the Naples Museum. Originally found at Pompeii, the Mosaic was from the house of  L. Aelius Magnus, VIII.  As well as being incredibly beautiful, all these fish are instantly recognisable. It’s fascinating to know that over 2000 years ago they would have played just as an important part of everyday life as they do now. However, they were probably a little more abundant in those days. I love the squid, wrestling octopus and the spiny lobster!

I’m always very happy to help support The Fishermen’s Mission. I created this Cuttlefish etching to accompany a recipe by chef Nigel Bloxham of The Crab House Cafe in Dorset. The print appears in the NEW 2021 calendar – ‘Calendar Gills’. A percentage of sales of the Cuttlefish etching will go to the Mission.