Casualties of the Storms, The Portuguese Men o’ War. 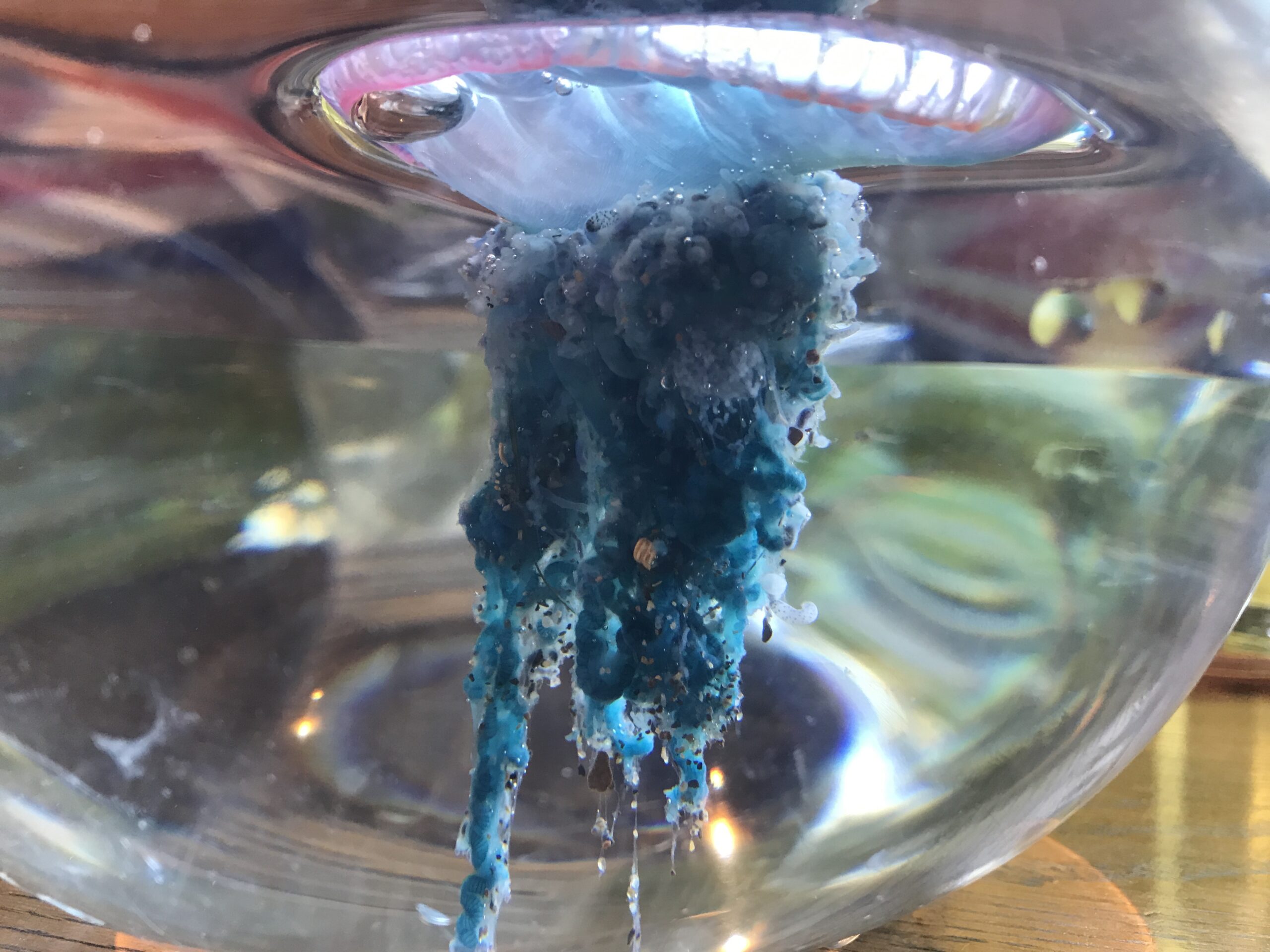 On wet and windy walks at Mount Batten in November I found several Portuguese Men O’ War (Physalia physalis) washed up amongst clumps of seaweed. The colours were still incredibly vibrant and looked like precious opals reflecting their rainbow hues nestled in great clumps of dark seaweed. I crouched over them in the drizzle and made some damp sketches.

A couple of them I retrieved very carefully and brought home to attempt to refloat that so I could observe the remains of the tendrils and tentacles. Even dead, it could still inflict a nasty sting. Although rarely fatal to humans, I wasn’t going to risk it as I react very badly to all sorts of stings also. A lesser-known fact is that the float of Portuguese Man-of-War, Physalia physalis also contains carbon monoxide!

The Man O’ War is not a jellyfish, it is a Siphonophore, a colony of specialized creatures called Zooids that live and work together as one.

Origin of the Man O’ War…

The name Man O’ War comes from it’s resemblance to an 18th C. warship in full sail. They are also known as Bluebottles due to their irridescent bluey purple colour. Men O’ War are found drifting in temperate waters throughout the world’s oceans. With no independent means of propulsion they rely on currents or use their pneumatophores to catch the wind.

The feeding tentacles stretch about 10 metres below the surface, and can even extend up to 60 metres. Covered in venom filled nematocysts, they trap, paralyze and kill small creatures. The prey is drawn up by muscles in the tentacles to a polyp containing the digestive gastrozooids. A further polyp contains the reproductive organisms.

The Man 0’ War itself has few predators, but their stings do not deter sea turtles and Sunfish. They can deflate their buoyancy chamber and submerge briefly to avoid being eaten.

The Scourge of Plastic in our Oceans

Sadly, the Man O’ War, resembling a balloon or plastic bag is easily mistaken by marine creatures as food with often fatal consequences. Balloons are one of the biggest killers of marine life.